In 1967, Alice Scourby, Ph.D. joined the C. W. Post academic community. She served as a faculty member and Chair in the Sociology and Anthropology Departments at LIU Post. She was a pioneer who made important contributions to LIU as well as the Greek-American Community. In 1974, she established and became Coordinator of the first program at C. W. Post to offer a Minor in Women's Studies. While championing women's issues, she took on the study of the "Middle Age Years". She published six books and numerous articles and lectured on ethnicity and gender studies throughout the United States and abroad. Scourby was heralded for her ethnographic work in her book The Greek Americans. She was one of the original founders of the Greek-American Women's Network (G.A.W.N) in 1990.

Dr. Scourby won many awards such as the Second Annual Greek World Award from the Greek World Magazine in 1978 and LIU's honorary Trustees Award for Scholarship Achievement (TASA) in 1986. In 1999, she received an invitation from Alan G. Hevesi, Comptroller of the City of New York, to be a one of few distinguished honorees at the City's Greek Heritage and Culture Celebration. Though Alice Scourby's death in 2009 was a great loss for the LIU community, her legacy remains vital and inspirational.

Collections Facts at a Glance

Professor Vavoulis writes that he was inspired by his sister Alice to become an academician. The following is a moving tribute for his sister:

Opticon Yearbook Photograph of Dr. Alice Scourby with the Sociology Faculty in 1986 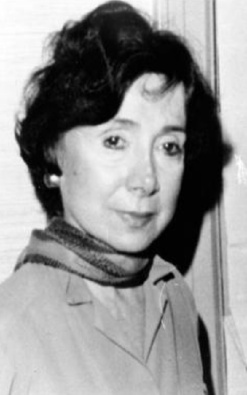