Lincoln, Abraham. [Document of Pardon] of David Barnett. Washington, D. C.: [U. S. Office of the Executive], 1863.
2 pages with U. S. Government Seal and photograph of President Lincoln. Signed by Lincoln and the Acting Secretary of State, F. W. Seward.
Framed and under glass. 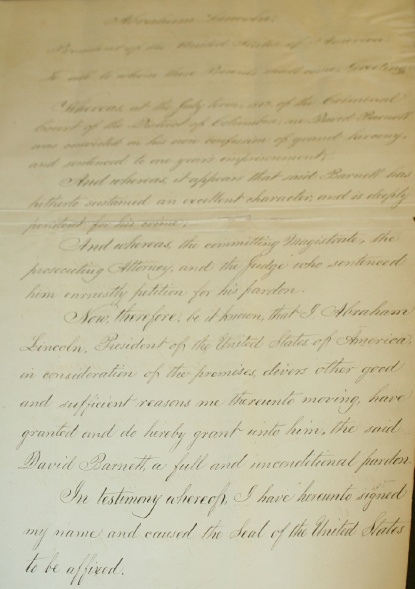 President of the United States of America.

To all to whom these Presents shall come, Greeting:

Whereas, at the July term, 1863, of the Criminal
Court of the District of Columbia, one David Barnett
was convicted on his own confession of grand larceny,
and sentenced to one year’s imprisonment; -

And whereas, it appears that said Barnett has
hitherto sustained an excellent character, and is deeply
penitent for his crime; -

And whereas, the committing Magistrate, the
prosecuting Attorney, and the Judge who sentenced
him earnestly petition for his pardon.

Now, therefore, be it known, that I Abraham
Lincoln, President of the United States of America,
in consideration of the premises, divers other good
and sufficient reasons me thereunto moving, have
granted and do hereby grant unto him, the said
David Barnett, a full and unconditional pardon.

In testimony whereof, I have hereunto signed
my name and caused to Seal of the United States
to be affixed. 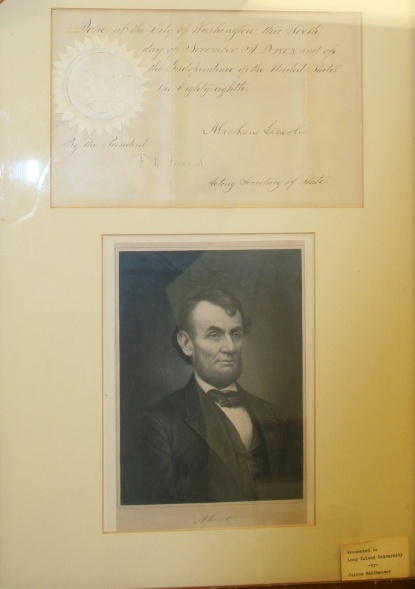 [U. S. Government Seal]
Done at the City of Washington, this Sixth
day of November, A. D. 1863, and of
the Independence of the United States
the eighty-eighth.

Abraham Lincoln [signature]
By the President: 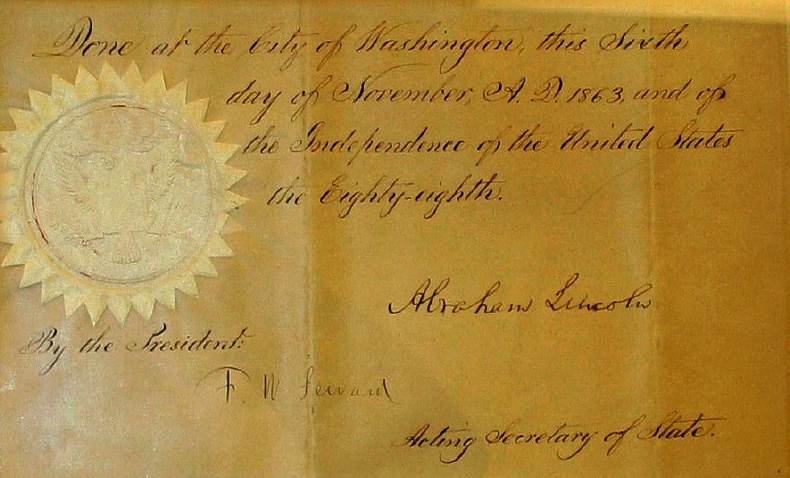