Diana L. Spirt, Ph.D. taught in LIU Post's Palmer School of Library and Information Science for almost three decades. During her tenure at the Palmer School, Professor Spirt taught children's literature and media. She was given a small collection of juvenile books that were used by a former colleague early on during the establishment of the Palmer School. With her characteristic visionary approach, Dr. Spirt began collecting rare juvenile literature in fiction, folklore, fairytale and poetry with North American imprints published between 1910-1960. Her intent was to collect all the juvenile books within these parameters published in the United States. This was no small task! It took a while, but the American Juvenile Collection (AJC) now contains more than 12,000 wonderful first editions. It should be noted that most of the rare books collected have been donated by private donors and many libraries on Long Island who have provided the collection with an array of rich rare book items.

The AJC vertical file is arranged in A-Z folders and contains many papers reflecting Dr. Spirt's personal research interests, collected as she was building the American Juvenile Collection.

July 27, 2017
Compiler: Claudette Allegrezza, MSLIS
Volumes 1-241 of Something about the Author are available in the American Juvenile Collection reference section. 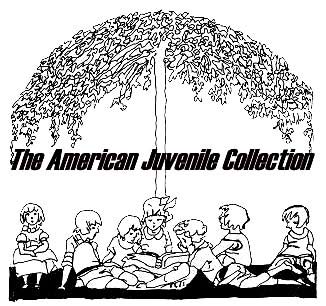