Archives and Special Collections: The Book of Kells 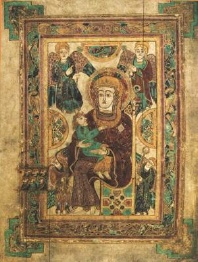 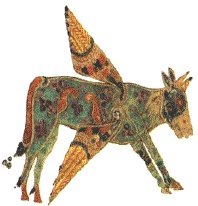 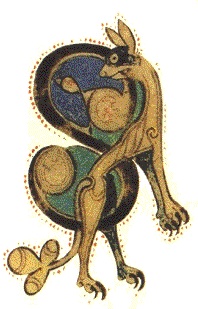 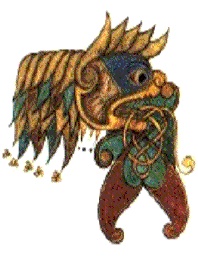 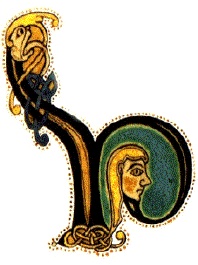 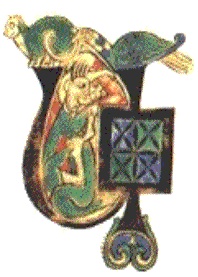 About the Book of Kells

The supreme achievement of Irish Celtic art and one of the world's pre-eminent examples of illuminated codices, the BOOK OF KELLS is a manuscript deluxe, written and richly adorned for use in the conduct of public worship. In its taste and delicacy, in its originality, and in its elaborations of coloring and design, the BOOK OF KELLS must be placed among the wonders of the world.

At the end of the twelfth century, the Welsh historian Giraldus Cambrensis referred to the lost book of Kildare in words that might appropriately have been applied to the BOOK OF KELLS. "Fine craftsmanship is all about you, but you might not notice it. Look more keenly at it and you will penetrate to the very shrine of art. You will make out intricacies, so delicate and subtle, so exact and compact, so full of knots and links, with colors so fresh and vivid that you might say that all this was the work of an angel and not of a man."

This famous manuscript contains the four Gospels, in a mixed old Latin and Vulgate text, done in Irish majuscule script. In addition to the Gospels, the BOOKS OF KELLS includes prefatory material, chiefly concordance tables arranged in ten Canons, and some legal, eleventh century documents that concern the abbey of Kells. The present state consists of 339 leaves of thick, finely glazed vellum, although it must have had about thirty more.

Although it was traditionally believed to have been the work of St. Columba in the sixth century, most modern scholars agree that the BOOK OF KELLS was composed in the late eighth or early ninth century. Where it was written, however, remains an unsolved mystery. It might have been completed by the Columban monks at Iona before the Viking raid there in 806. The good friars fled forthwith to Kells in County Meath, about forty miles northwest of Dublin. Possibly the BOOK OF KELLS might have been composed entirely at Kells or even begun at Iona and then completed at Kells. Quite probably no one individual was entirely responsible for this masterpiece. Indeed Francoise Henry has succeeded in detecting the work of several artists for the principal pages: one for the formal portrait of the evangelists, one for the dramatic scenes such as the Temptation of Christ, and the third for the great ornamental pages.

For the extent of the tenth century, the Kells abbey continuously struggled against the sacking and pillaging of Danes and domestic forces. How this precious manuscript survived such a century of violence and spoliation is impossible to say. However, we do know that it was still at Kells in 1006 when, according to the Annals of Ulster, both the book and its now vanished shrine ("its cover of gold studded with precious stones") were stolen. The manuscript, in its present incomplete state, was subsequently buried ("a sod covering it") and recovered after two months and twenty days. The book remained at Kells throughout the Middle Ages, being venerated as a relic of St. Columba.

At the time of the dissolution of the monasteries in 1639, the establishment of Kells was surrendered to the Crown. About 1653 the Governor of Kells transferred the manuscript to Dublin, presumably in the interests of its safety. In 1661, the BOOK OF KELLS was presented to the Library of Trinity College, University of Dublin, by the Bishop of Meath, Henry Jones. But the last and greatest trauma to the Manuscript was inflicted by an ignorant and mischievous bookbinder in 1821. He savagely and barbarously cut about half an inch off the outer margins, thereby trimming out of existence part of the decoration of the priceless illuminated pages. Although it was rebound in 1895, the book had, by the mid-twentieth century, become soiled, and the friction of opening and closing it had caused pigment damage, particularly on frequently exhibited pages. Finally in 1953, it was repaired and rebound by Roger Powell, the leading conservation bookbinder of his day. He bound the manuscript in four volumes, each corresponding to a Gospel.

A continuous chain of ornamentation runs all through the text. A comparatively small number of motifs have been combined and endlessly recombined in minute and dazzlingly elaborate webs of ornament, geometry, whimsy, and an almost maniacal enthusiasm. There are often surprisingly comic representations of animals, birds, insects, and human figures peering from behind letters, lurking in the corners of pages, floating between the lines or in the margins. The capitals at the beginning of each paragraph (two, three, and four to a page) are made of brightly colored entwinements of birds, snakes, distorted men and animals fighting or performing all sorts of acrobatic feats. Sometimes the figure of an angel or an Apostle peers over the top of the initial letters and his fee jut out beneath. Yet these decorations do not impinge on the clear bold script.

Now and then, throughout this great work, the artist suddenly erupts from his textual confines and treats us to a full page of illuminations. In these splendid illuminated pages the artist takes over with his balanced mixture of invention and discipline. Such depictions include the formal portraits of the evangelists, such figural scenes as the Virgin and the Child, the Arrest of Christ and his Temptation and such a monument to ornamental exuberance as the lovely Chi-Rho page. Here detail is piled upon detail and one is left to marvel at how the unaided eye and the unsupported hand could trace the intricate designs. Tradition has it that such unerring lines must have been traced by angels. In one space about a quarter inch square may be counted, with a magnifying glass, 158 interlacements! 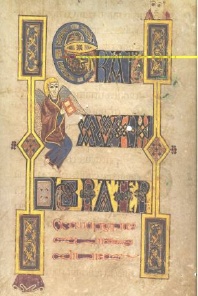 The faculty, staff and administration of the B. Davis Schwartz Memorial Library are proud to have added to our collection the recently published color facsimile edition of the BOOK OF KELLS. Originally created by a group of monks at an Irish monastery about the year 800, this reprint was published in 1990 by a Swiss firm specializing in the reproduction of medieval manuscripts. Only 1480 copies of the 680 page manuscript will be published. Sophisticated technological advances in photographic techniques have made possible the production of this fine quality work of art.

In the 1950's another facsimile was reproduced but only ten percent of its pages were in color. This new full color version will provide invaluable information to scholars, artists, writers, and historians. The B. Davis Schwartz Memorial Library owes a great debt of appreciation for this purchase to its most generous benefactor, the late Mrs. Winthrop B. Palmer. Through the establishment of the Carleton H. and Winthrop B. Palmer Memorial Fund, she has enabled this library to become one of a limited group of institutions to purchase this rare facsimile edition. An author and poet herself, Mrs. Palmer expressed a keen interest in the fields of drama, poetry and French and Irish literature. The Library Director, Dr. Donald L. Ungarelli and the acquisitions librarians decided to purchase the Fine Art Facsimile Edition of the BOOK OF KELLS as the cornerstone of the Library's commitment to her bequest.