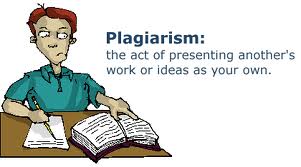 SafeAssign is a plagiarism prevention tool used through Blackboard, that helps prevent plagiarism in student papers. It also has features designed to aid in educating students about plagiarism and importance of proper attribution.

This guide was originally created by Amrita Madray.

Here are some recent findings regarding plagiarism:

A study by The Center for Academic Integrity found that almost 80% of college students admit to cheating at least once.

According to a survey by the Psychological Record 36% of undergraduates have admitted to plagiarizing written material.

A poll conducted by US News and World Reports found that 90% of students believe that cheaters are either never caught or have never been appropriately disciplined.

A study conducted by Ronald M. Aaron and Robert T. Georgia: Administrator Perceptions of Student Academic Dishonesty in Collegiate Institutions found that 257 chief student affairs officers across the country believe that colleges and universities have not addressed the cheating problem adequately.

According to the Gallup Organization (October 6-9, 2000), the top two problems facing the country today are: 1) Education and 2) Decline in Ethics (both were ranked over crime, poverty, drugs, taxes, guns, environment, and racism, to name a few).

And although many instructors are aware of the problem, most feel powerless to stop it.

A study conducted by Donald L. McCabe titled Faculty Responses to Academic Dishonesty: The Influence of Honor Codes found that 55% of faculty "would not be willing to devote any real effort to documenting suspected incidents of student cheating".

"With respect to cheating, I'm just in denial. I just don't want to deal with it because I know it is a huge problem." -- San Luis Obispo professor, as reported in Net Learning.

"Who wants to sit around looking for websites trying to find out if a paper is plagiarized or not... pretty soon you're a private investigator." -- a Stanford University professor, from an article in TechWeb News.

"[Plagiarism] is one of those areas in the academy that no one wants to talk about and is often rewarded for not addressing actively." -- an Associate VP of Student Life, as posted in The Chronicle of Higher Education's "Colloquy."

"Too few universities are willing to back up their professors when they catch students cheating, according to academic observers. The schools are simply not willing to expend the effort required to get to the bottom of cheating cases" -- as stated by The National Center for Policy Analysis.

**This guide was originally written and produced by Amrita Madray

A. Plagiarism: representing in any academic activity the words or ideas of another as one’s own (whether knowingly or in ignorance) without proper acknowledgement. This principle applies to texts published in print or on-line, to manuscripts, to your own work, and to the work of other students. Acts of plagiarism include but are not limited to:

1. paraphrasing ideas, data, or writing (for instance, from web or online databases, books, periodicals, monographs, maps, charts, pamphlets, and other electronic sources), even if it constitutes only some of your written assignment, without properly acknowledging the source; or

2. using someone’s words or phrases and embedding them in your own writing without using quotation marks and citing the source; or

3. quoting material directly from a source, citing the source on the bibliography page, but failing to mark properly the author’s text or materials with quotation marks and a citation; or

4. submitting as your own part of or an entire work produced by someone else;

5. transferring and using another person’s computer file as your own; or

6. obtaining papers, tests, and other assessment material from organizations or individuals who make a practice of collecting papers for resubmission; or