Strategies and resources for creating a Five Forces Analysis 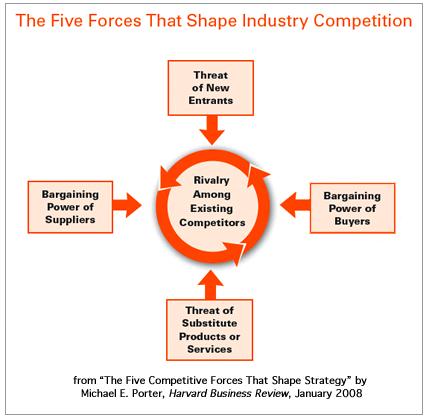 Porter on the Five Forces Model

The model is used to analyze the competitive environment in terms of five key forces that impact a company's profitability and influence its strategy. Professor Michael E. Porter set our his Five Forces model in articles published in the Harvard Business Review.

Live Chat with a Librarian